…and I am back! Finally. For the past couple of weeks after exams I have been very unproductive.  I slept a lot and hung out with friends – I always seem to need at least a couple of weeks of spacing out and meandering about my life aimlessly before getting to the many things on my post-exam to-do list that I always expect to jump right into. I watched Kim Kardashian on QVC for an hour Sunday night. Why? I don’t watch QVC and I certainly did not plan on buying anything. No idea! That’s just my mind in decompression mode still, I suppose.  And today I have the flu or something. Ah!

I did get some shopping done this past couple of weeks – online and in stores. Last summer I did not spend much on clothes, and got by with whatever I had previously for the most part.  The consequence of this is that now I have a long list of things I would like and a lot of clothing from years past that seem outdated, worn, or just boring.

I have seen a few styles lately that I love. I love the more tailored, pleated look – as well as the classic denim, both finished and cutoff.  I have also not worn a lot of belts in the past few years, but I am loving the short shorts with belt look as well, both with shirts tucked in or otherwise. 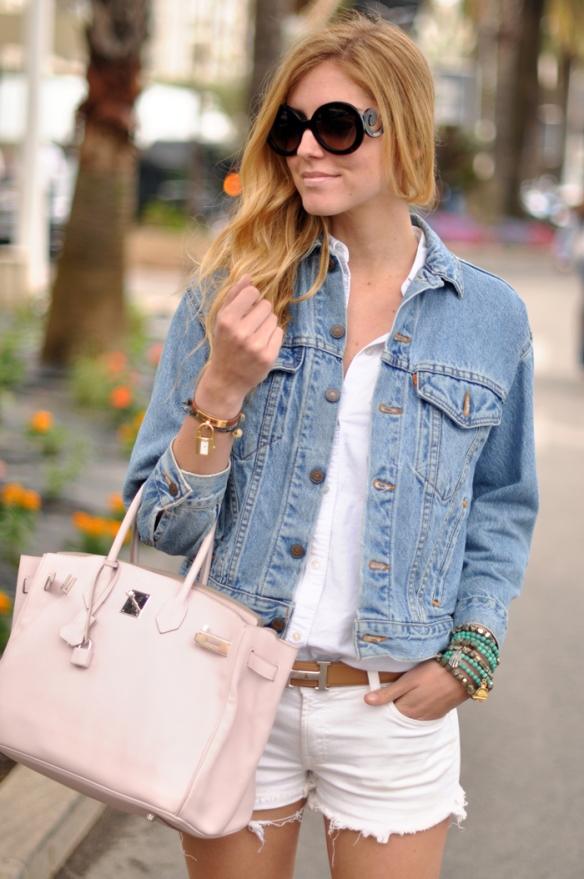 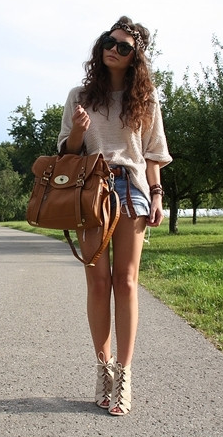 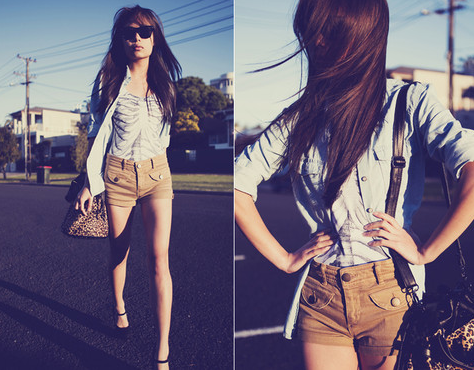 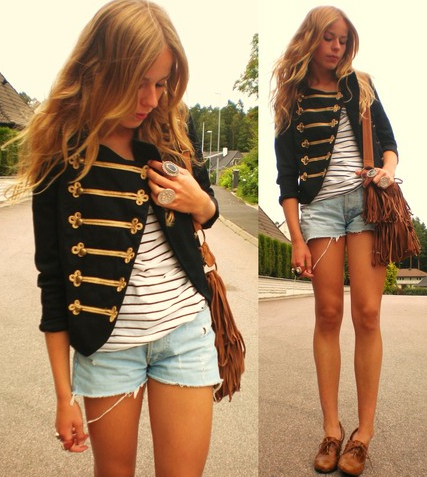 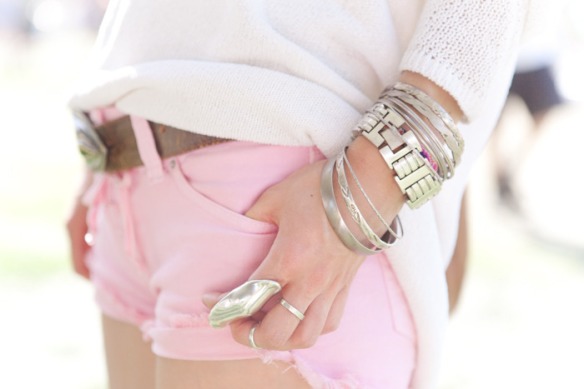 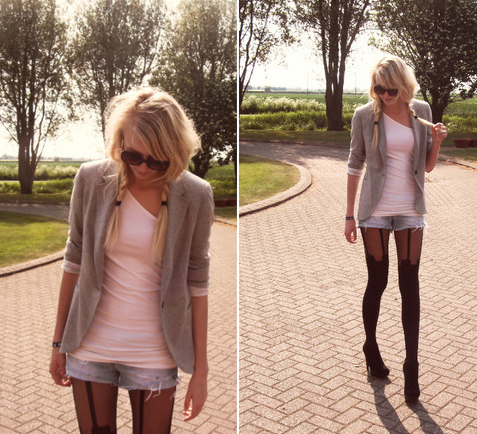 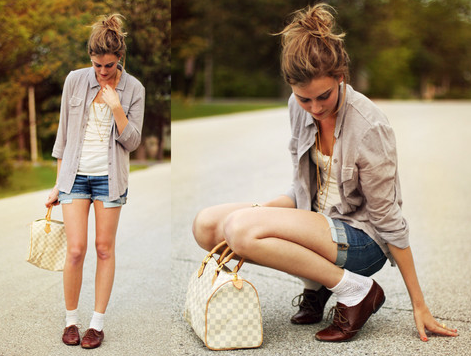 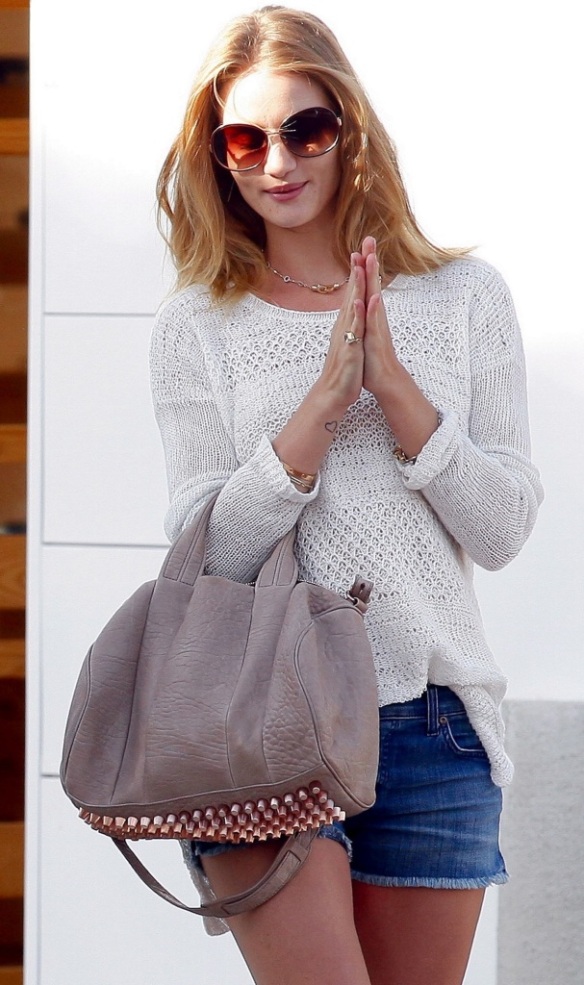 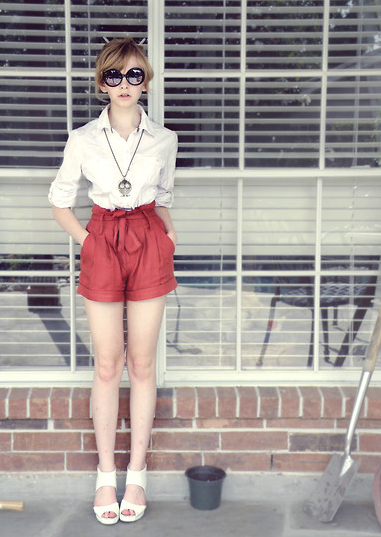 You wouldn’t believe how many pairs of shorts I tried on and was not happy with. I love shorts and they’re pretty big this season, but I really had trouble finding ones that fit exactly how I wanted. I finally found a place where they fit me perfectly. Where? Abercrombie and Fitch of all places. I completely forgot about that place. I worked there oh, about a decade ago – but at 28 (almost 29!) the store fell out of my repertoire long ago. I guess it shouldn’t have, though – obviously it’s still good for something!  When I went in, it smelled strongly of A&F cologne, the music blared so loudly I couldn’t think, and it was so dark I could barely make out the figures of employees that seemed obscenely young (because god knows I haven’t gotten older). 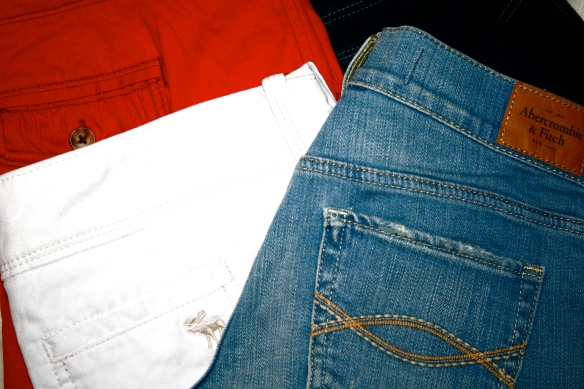 The young guy behind the counter commented that I was out shopping “awfully early” (it was 10 am).  I remember those days that I couldn’t fathom waking up before 1 pm if I didn’t have to. I also got a couple belts from H&M. 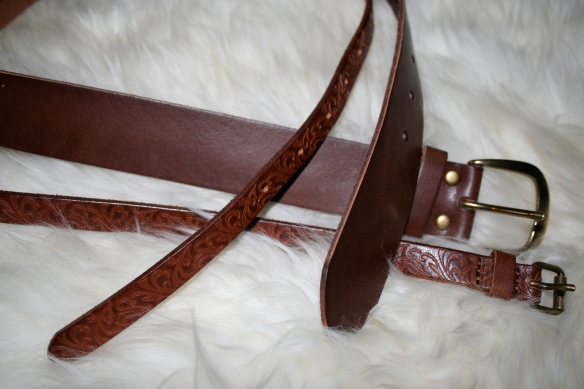 While I sit at home on the sofa today, sniffling and watching Sex and the City reruns, a shipment of other summer staples from Old Navy is probably sitting in the lobby at my work. 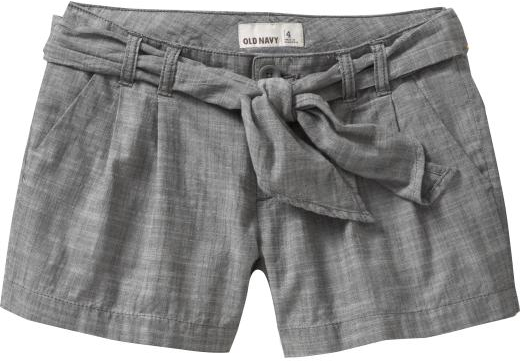 I love these chambray shorts I got from Old Navy.  You can wear them casually with a tshirt, but you could also wear them with a dress shirt, heels, and blazer and really dress them up.  Now if the weather would just get over 50 degrees!